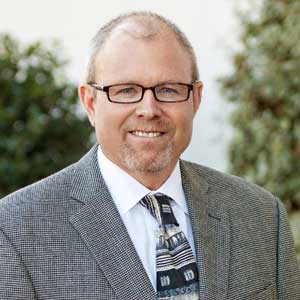 Bob Harris is Senior Director of Decorative Concrete Consulting and a Principal for the SSI Team.  Known worldwide in the decorative concrete industry, Bob’s expertise has taken him many places to share his pioneering ideas and educating others in the field of architectural decorative concrete. He is also one of the few in the industry that can make a concrete repair not look like a repair.  Bob has presented at the World of Concrete for 15 consecutive years, World of Concrete in Mexico City for four years, was the Master of Ceremonies at the Con/Expo Con/Agg demo in Las Vegas in March of 2002, participated in various speaking engagements for the Decorative Concrete Council and has conducted training sessions in Canada, the Caribbean, Germany, England, Greece, Indonesia, Ireland, Italy, Mexico, South Africa, Spain, to name a few.

Bob is the author of several books that have sold over 37,000 copies worldwide, including his Guide Series for Stained Interior Concrete Floors; Stamped Concrete; Concrete Overlays and Toppings; and Polished Concrete Floors.  In addition to his own production of educational DVD’s, Bob has produced instructional videos for organizations such as the Portland Cement Association, AGC-Laborers and the Concrete Network.  Bob also has written many articles for Concrete Network, Concrete Decor and Concrete Construction Magazines.

Bob is a third generation concrete finisher and served as recent President of the Decorative Concrete Institute. Bob was affiliated with a large manufacturer of decorative concrete products for nearly a decade, the last part of which he served as the director of product training.  He has also conducted hands-on training seminars in architectural concrete in locations around the world in addition to being an essential part of technical support, research and development.  For many years as an active member of leading industry associations, such as ACI, ASCC and DCC, he contributed to the education and training which has advanced decorative concrete to become an important feature of many modern buildings and concrete landscapes.

Bob Harris was among the first to be inducted into the Decorative Concrete Hall of Fame in 2010, in recognition of his achievements, commitment to excellence and innovations that have helped the decorative concrete industry grow.  He is also a committee member of ACI 310, Decorative Concrete.