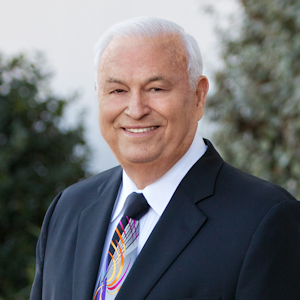 Eldon (Tipp) G. Tipping, PE, HACI is an industry leader, educator and a pioneer in developing placement, finishing, and monitoring procedures that make construction of superior on-grade and suspended slabs practical.  To further his innovative slab construction techniques and to assemble a team of industry leaders, Tipp founded in 1988 Structural Services, Inc. (SSI), a privately held company based in Texas.  His contributions to the concrete industry were recognized in 2005 by Concrete Construction magazine, and he was selected as one of the most influential people in the concrete industry.  Additionally, Tipp has received other industry awards and honors:

Tipp recently served for six years as a member of ACI’s Technical Activities Committee where he helped provide oversight for several technical committees.  His other ACI committee memberships include 117 (Tolerance Committee - Past Chair), 302 (Construction of Concrete Floors - Past Chair), 330 (Concrete Parking Lots and Site Paving – Current Chair) and 360 (Design of Slabs-on-Ground). He has published numerous articles in professional publications, has spoken annually at the World of Concrete, and leads educational seminars.

Tipp has over 40 years of professional experience in the structural design of commercial, industrial, and military projects in the U.S. and in other countries.  As a leading authority, he has been asked to perform forensics investigations and has provided innovative remediation solutions.  Tipp started his career as a structural designer for commercial and industrial structures and later served as Vice-President for a commercial materials testing laboratory where he monitored construction projects.

Tipping received a BS in Architectural Construction in 1969 and an MArch in Construction Management in 1973 from Texas A&M University with an emphasis on structural design and management. He is a registered professional engineer in the States of Texas, Oklahoma, Kansas, Kentucky, Maryland, Virginia, New Hampshire, and Minnesota.  His professional affiliations include the American Concrete Pavement Association, American Society of Civil Engineers, American Society of Concrete Contractors, ASTM International, the International Concrete Repair Institute, and the Structural Engineers Association of Texas.

"All They Do Is Fight! Conforming to ACI tolerances might be harder than you think", Concrete Construction, December 19, 2010 - Contact Eldon (Tipp) Tipping, PE, HACI for article or more information.